Cody, 24 from Stillwell, OK, graduated from the Professional Welder program at Tulsa Welding School in December 2014. He was inspired to become a welder by his late father, who had managed to support a large family through welding. Cody and his girlfriend, Talore, are expecting their first child in December.

Thanks for speaking with me Cody; what did you do before going to TWS?

I was working check to check, you know, like factory jobs. I got tired of it; they were just nowhere jobs.

What brought you to TWS?

I’d always wanted to go to Tulsa Welding School, but I’d been looking for someone to go with me to split the cost of travel or accommodation and stuff. Then during training for the last job I had, the guy next to me turned out to be my cousin’s fiancé and I had no idea! Nate and I hit it off immediately and became good friends. He mentioned that he wanted to go to TWS too. Anyway, one day he said he was tired of check to check jobs and was applying to Tulsa, so I did to. A couple of weeks later we were in class.

Why did you decide on welding?

I guess it was my dad that pushed me toward it. I looked up to him a lot; he’s not with us anymore so that was another thing that drove me. Unfortunately he didn’t get to see me walk in his shoes. He was able to support six kids working at a small welding shop. I figured if he could support that many of us, probably not making as much as I am now, then welding would be a good way for me to go. 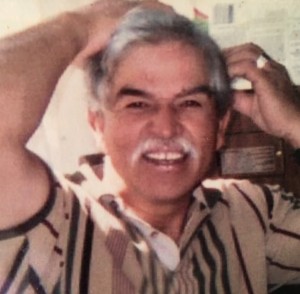 Had you done any welding with your dad?

Honestly no. I knew that he welded, that he made a living out of it, but I didn’t know what was going on under that hood until I got to TWS. That first day, the instructor split us up by those with experience and those without; it was about 50/50 I guess. But when I first struck up, it seemed almost natural to me.

It was the competitiveness; the competition between a good group of guys made it more exciting. Everybody had their strengths and everybody pushed each other. The instructors too. They made it so easy to learn and I liked that. They were very straightforward with us; if something didn’t look so good they’d tell you, and they’d show you where you went wrong. They’d work with you until you got it right.

My first job with good money was April. But before that I worked at a small welding company building trailers. I wasn’t getting paid as well as I’d thought I would, but I needed something then and there; it was okay at the time. While I was there a buddy, a TWS classmate actually, called one Saturday in April and told me he was working in Virginia for AMEC Foster Wheeler, and there were contract jobs available.

He said that if my buddy Nate and I could get to Virginia by 7am Monday, the jobs were ours. We didn’t have to take a test, and the job would start at $25hr, with a $90 per diem. That call came on Saturday and we left Sunday with a 16 hour drive to get there in time for a $250 ‘travel in’ bonus. We arrived at about 5am, slept for an hour, and then worked a ten hour shift. It was a travel job like I’m in now; it was just a two week thing but I’d never made so much money in a short period of time!

What did you do with that first serious paycheck?

I didn’t really do too much with it! I’d just got off work and was actually sat in Long John Silver’s parking lot getting ready to pick up some food before going back to the motel when I checked my bank; when I saw my balance I kind of freaked out!

So where are you working now?

I started with NBS – National Boiler Service – in September. It’s a 100% travel job; we do repairs on all types of boilers. NBS is a big company, they’re licensed in 39 states; I just recently got back from 17 days in Texas. I’m not sure where I’ll be off to next!

How did you get the job with NBS?

Once the contract job ended in Virginia, my girlfriend and I moved back to Tulsa. I’d saved some money so we got an apartment. I actually heard about the NBS job through an instructor at TWS. I’d gone back in to school to brush up for a weld test; he told me NBS were coming in and they’d be paying something like $30hr and $134 per diem. I heard there were over 100 students taking the pre-test; the pre-test was to see if you could go on to an eight day training stage. There were maybe 30 of us that made it to training. We were all fighting for 10 jobs; I got one of those spots! 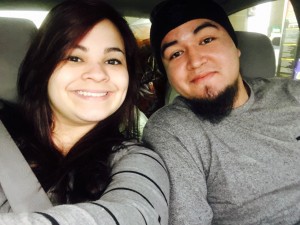 Are you enjoying it?

I really like it; the job, the money has changed my life forever. But they make you earn it and some days it’s rough. When I’m working it’s usually seven days a week, 12 hours a day, so pulling in 84 hours a week.

With a baby due in December and all the traveling, where do you want to be in three years?

I plan being with this company for the long run. You can take time off with this company. They’ll call you with jobs and it’s up to you to turn them down. I met a guy who’s worked here for a while. He told me that I should work four or five good jobs with this company during the cold months, and then spend summers with the family. A couple of guys I met just got back from taking four months off because they’d earned so much earlier in the year. A few guys work for other companies as well as NBS. You’re never going to be short of work if you want it, and can travel.

So it kind of sounds like you have your dream welding job?

Yes it kind of feels like it; I can afford to buy a house or do pretty much whatever I want now.

I like the fact that once I’ve helped put something together, I can say “I did that.” I like that other people are maybe making their own living with something I helped put together. I guess I like helping others.

A classmate called you about that first big job in VA, did you make a few connections at school?

I guess there’s about ten of us around the country. The guy who told me about the job in Virginia had connections before he came to the school; he just didn’t have the welding know-how which is why he went to TWS. That’s how he knew that company and could bring us in.

What advice would you give to new students just starting out?

I can’t really say much about when they start, but in the middle of the seven months I saw some guys quit. Some people may find that welding is not for them at the beginning, but for the ones who think it is, persevere. I’d say once you’re in it, don’t give up because afterwards, not just your income, but your life will be different. It helps out a ton; it’ll all be worth it so don’t give up. I had some personal stuff happen and almost had to quit, but my buddy Nate had my back and I made it happen and graduated. I can see a lot of obstacles that could get in peoples’ way, but you’ve just got to fight through them.

I like to get together with friends and just go with the flow! Anything we want to do, I can do it now. I just like spending time with family and friends, nothing too crazy I guess.

I’d go buy me house! And I’d like to start my own welding school. I want to pass this trade down to my kids; I just want to teach people! 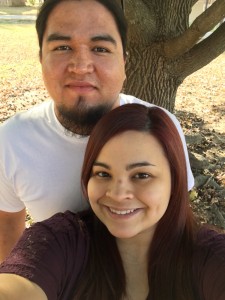