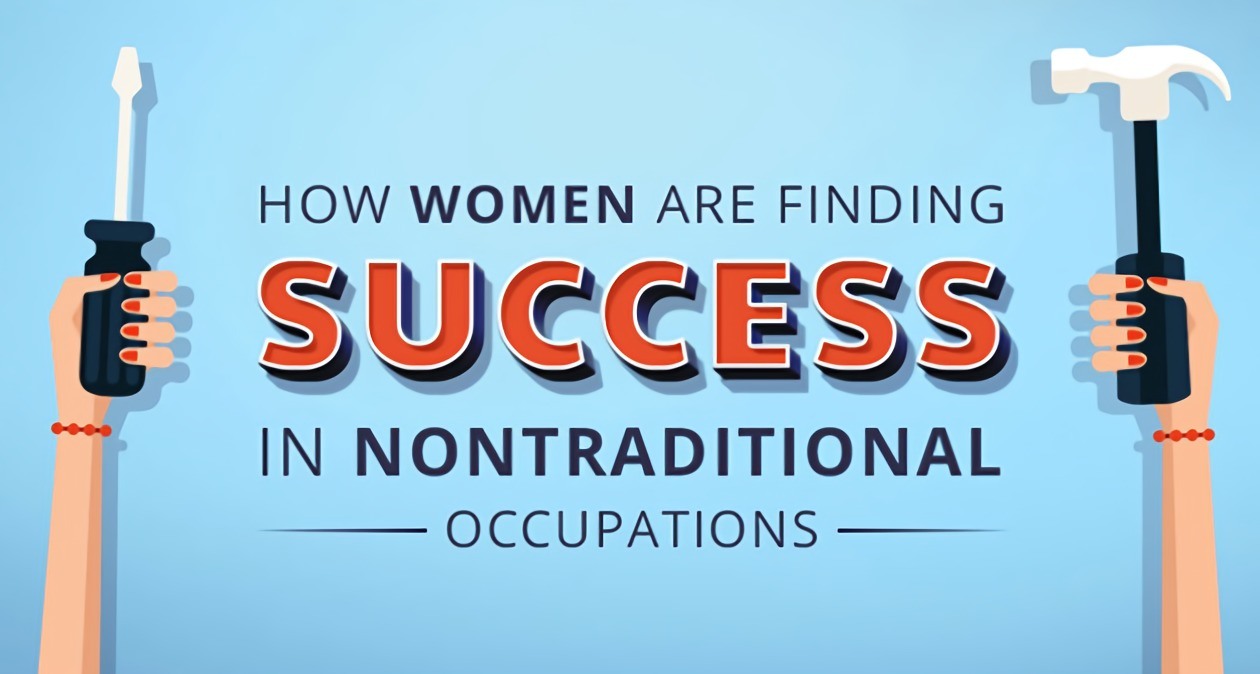 In the 21st century, gender norms about careers are breaking down in a big way. Women are increasingly going into the trades in order to fill the labor gap and pursue work that’s in high demand. How are women in skilled trades (WIST) changing the face of American industry and construction?

The lack of skilled tradesmen (and now, tradeswomen) is so great that it’s been reported in news articles and television segments. The American Welding Society forecasts a jobs deficit of no less than 400,000 welders within less than a decade. Consider the fact that the U.S. Bureau of Labor Statistics reports that 1 there are fewer than 400,000 welders and metal cutters working today, and it’s clear how badly the industry is hurting for more qualified workers—this means there are plenty of skilled trade jobs for women out there. Though a traditionally male-dominated industry, the trade industry is opening the door wide for women to step up and join the ranks.

Why has welding become such a hot topic? It’s hugely important to manufacturing output, with 50% 2 of all U.S. products requiring welding for completion. As automation and robotics make manufacturing speed up, there’s more work for fewer welders with every passing day. Women in trades statistics show that women make up only 8.9% of the construction workforce in the U.S., and this has great potential to change as the industry encourages women to enter the welding field. High pay, flexible schedule, accessible certification requirements, lower costs than a traditional college—these are all reasons why welding can make an ideal career for women.

Other Skilled Trades Are Growing, Too

Welding is one skilled trade where women are able to make up the difference, but it’s not the only one. HVAC technician jobs are projected to grow by 14% in just the next eight years, a far faster rate than the national average, and HVAC technicians can climb the career ladder to become an HVAC installer and manager. What holds true for HVAC techs is also true for electricians; the industry is predicted to grow by 14% by 2024. The career paths for electricians include foremen and management, while electricians who complete a bachelor’s degree will be able to become project engineers. Opportunities in the trades for women are numerous, and training and advancement can boost a woman’s freedom even more.

At a time when some college graduates are struggling to make ends meet, paychecks for skilled trade workers far outpace the national average. Women have been hit especially hard by the recession, earning a median full-time income of just under $40,000 per year. For women-dominated careers, the pay shrinks further. Women working in childcare make an average of just over $22,000 per year, around half the annual salary of welders and almost a third the annual wage of electricians. Even a career requiring a college education, such as bookkeeping, earns less than the national average overall, and less than skilled trades.

Given that experienced trades workers can command salaries of six figures, the growth potential for women makes a career as a welder, HVAC technician, or electrician into a potentially lucrative opportunity. What’s more, the cost of certification and qualification for trades is far less than that of traditional four-year degrees. The average cost of a four-year college degree is $127,000 3, while the average cost of a one-year trade certification program is only $33,000. Not only do women entering the trades save nearly one hundred thousand dollars, but also three years’ time—time that they can immediately begin to earn larger salaries.

Changing The Norm One Woman at a Time

Some women may be concerned about mid-life career transitions into welding but this will not necessarily impede the opportunity to work in skilled trades. Over half of all workers in the trades are over the age of 45, meaning it is possible to find employment regardless of age. Only one in five welders is younger than 35. What’s more, the trades offer the unique opportunity to be self-employed. 14.8% of all trades workers are self-employed, the second highest rate in all of American industry. If the chance to earn more money and work as your own boss seems like the dream opportunity, consider that the trades are welcoming women to pursue a new, rewarding career.

Updated on 3-8-2017: Salary and self-employment data listed in content and image have been updated to reflect 2015 BLS data.