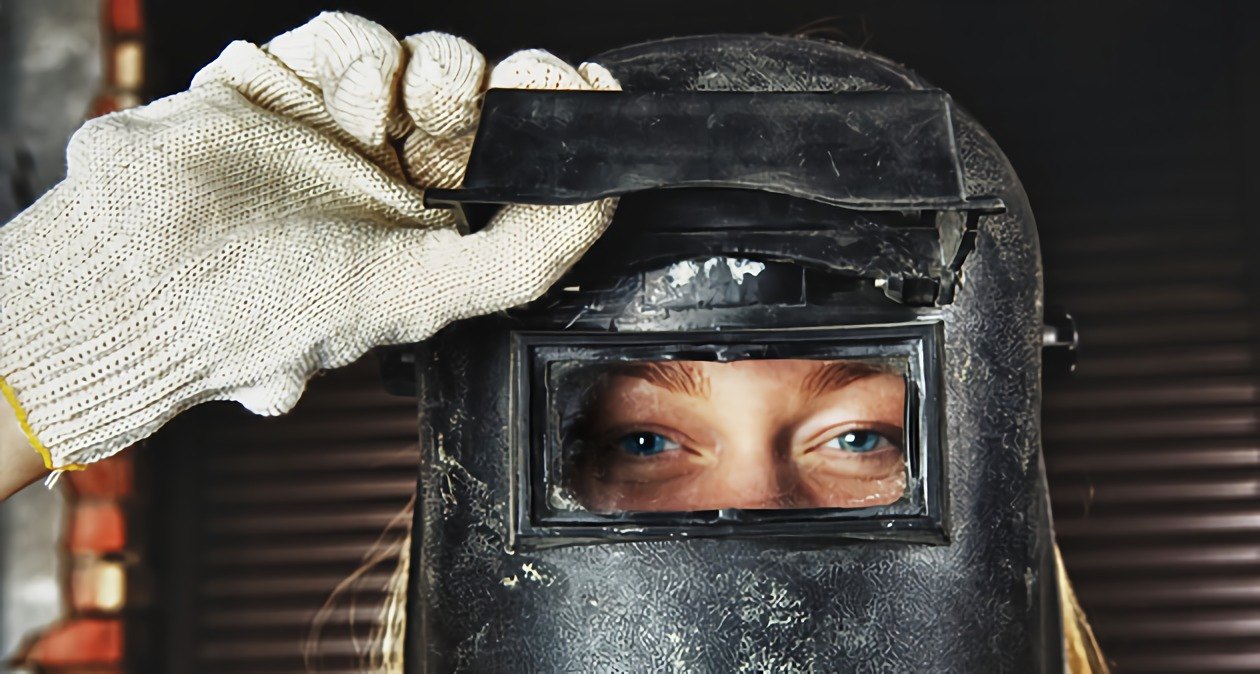 Prior to World War II, women in American society typically held the traditional roles of homemaker, housewife and stay-at-home mother. That changed entirely during the Second World War, due to the shortage of male workers in metal factories across the country. Men who had previously held jobs as welders, steel cutters, and riveters were drafted for the military. Soldiers fighting in the Pacific and Europe needed ever-increasing numbers of aircraft, artillery and machines. As a result, the wives, daughters, sisters and mothers of soldiers took over the work as women welders, forever changing the social status of women in the workplace in America.

December 7, 1941, the date of the bombing of Pearl Harbor, marked a substantial change in American culture. As noted by the Oakland Museum of California, President Franklin Roosevelt asked all citizens to join the war effort to build a “Great Arsenal of Democracy,” assuring the nation that “this unified effort to build ships and airplanes would out produce and overwhelm the enemy.” In order to combat the lack of the white male workforce due to the drafting of soldiers and to meet the rising demand for military machinery and equipment, women and people of color were working in defense plants for the first time in American history.

According to Life Magazine, the aviation industry employed less than 1 percent of women when the war began. By 1943, 16 million women were employed across the country, making up an astonishing 65 percent of the total workforce. A quarter of all employed women worked in the war industries. The History Channel notes that by 1945, one in four married women were actually employed. The opportunities for women, the majority of whom had no previous or very limited welding training, to perform the same work in as men was a turning point for the social structure of the United States. Women were now handling a variety of jobs and responsibilities in steel factories. A Life Magazine issue from 1943 displayed a female welder on the cover and vividly described how women welders were “sweating near blast furnaces, directing giant ladles or molten iron or pouring red-hot ingots.” This issue also emphasized how these women were quickly accepted in the industry.

An iconic face became associated with female riveters, machinists, lathe operators, and welders: “Rosie the Riveter” was first referenced in 1942 in the song “Rosie the Riveter” by the male quartet The Four Vagabonds. This song was the beginning of a propaganda campaign by the U.S. government to encourage the employment of women in factories across America to fill the temporary labor shortages. The cartoon character version of Rosie that is featured in the now famous “We Can Do It!” poster was created by Pittsburgh artist J. Howard Miller in 1943. American National Biography notes that Miller’s iconic Rosie drew inspiration from several real women who modeled for the character of Rosie, including:

That same year, Norman Rockwell also painted a Rosie the Riveter version for the cover of the Saturday Evening Post, based on phone operator Mary Doyle Keefe. Rockwell’s Rosie is shown on her lunch break, eating a sandwich with her foot placed on Hitler’s book Mein Kampf. Most people today do not realize that Rosie the Riveter was barely known during the years of the war. Today, there is the Rosie the Riveter Trust, the WWII Home Front National Historical Park, which is a national urban park located in Richmond, CA that continues to educate about World War II.

Once soldiers returned home from the war, women welders found themselves no longer needed, as men also went back to their jobs in the steel factories. However, the tides had turned and American women had proven that no job is too tough for them. They would no longer stand by and be labeled as weak and inferior to their male counterparts. Additionally, the increased freedom and opportunity to earn their own income was a boost to the post-war American economy, during what would become known as the Golden Era of the 1950s.

While the post-war years pushed women back into their traditional roles to a certain extent, attitudes about working women had already substantially impacted American society. In the following decades, women would continue to push through the glass ceilings of various work environments, whether that was steel factories or corporate offices. Nowadays, each new generation of women entering the workforce over the past 30 years has started out at a higher average hourly wage relative to men, and women between the ages 25 and 34 earn almost as much as their male peers, according to the Pew Research Center. We owe this progress in no small part to the female welders of WWII who paved the way for generations of women.