Gary, 54, graduated from the Professional Welder with Pipefitting program at Tulsa Welding School in Jacksonville in January 2020.

Thanks for your time, Gary. Tell us about your career before coming to Tulsa Welding School.

Thank you for all your service. Where did the idea of welding school come from?

I met a girl at work. Eventually, we got married and got a farm. We’ve got horses. They like to tear things up, and things rust. I’d always wanted to learn how to weld. So instead of paying someone to come and fix things, I thought I’d go to welding school. I got a reminder about my GI Bill, so I thought why not go to school and learn how to do something I want to do? I started school in March 2019.

Did you sign up for the pipefitting program at the start, or add it?

I just signed up for the Professional Welder program because I wanted to learn how to weld. It was something I’d always wanted to do! When I got to Phase Eight, we did a little pipe mapping, and I thought that was neat. I picked up on it really quick and started showing other guys in the class how to do it. The instructor told me there was a pipefitting class starting the day after I’d graduate the welding program, so I said, “Sure, sign me up!” I walked right out of one program into the next.

Had you done any welding before school?

I didn’t know anything about welding, I had never even touched a welding machine. When I was in high school, my uncle had a big farm, and he used to do a lot of welding on his equipment. I always thought it was pretty cool that he could fix his own stuff instead of paying someone. But I went into the service and never gave it another thought, until I got out and got my own place.

Was your intention for welding to become a career, or just a hobby?

Originally, it was just something that I was interested in, something that could be useful around the farm. The idea of it as a career came into play after I started welding school, because I really started liking it.

What was your favorite part of your time at TWS?

I really enjoyed the pipefitting program. It made me think, and there was a lot of math to it. But once I started putting pipe together and it came out right, I thought it was pretty cool. I enjoyed it because I used to do a lot of traffic homicide work in the sheriff’s office. That’s also a lot of math, physics, and figuring out angles.

Once I figured out that pipefitting is all math, angles, and calculations, I knew I was a shoo-in for the program! I finished Top One in all four phases. 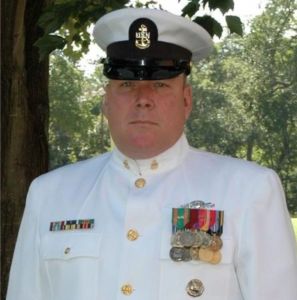 Did you find the welding program hard, having never done it before?

First day they gave us all our gear, went through the safety, and the instructor said, “We’re going to strike an arc and run a bead!” I was like, “What are we doing now?” I had no clue what he was talking about!

I wondered if I’d picked the right career! My Phase Two instructor, Paul, encouraged me to stick with it when we started doing verticals. He said he would give me all the help I needed. I stayed late every day and worked and worked and worked. Now I can run a vertical like there is no tomorrow. It’s a piece of cake. But you’ve got to put the time in. If you don’t, welding is a perishable skill and it will disappear on you. I discovered I could stick weld and MIG weld pretty good, but TIG kicked my butt!

Tell us about getting your job.

During Phase Two of pipefitter school, General Dynamics showed up looking to hire five pipefitters and five or ten welders. We asked whether we could do both, but we had to pick one. I quickly chose pipefitting. The general foreman of the pipe shop at General Dynamics up in Norfolk, Virginia, came down to see us.

There were six pipefitters looking to test. The foreman said he wanted to watch how we worked for the day, to see if we could work as a team. He took us to the lab and asked us how we would solve a pipe set-up problem that he set us.

After about two hours, another guy and I were done. The foreman looked things over and told us we were good, but we stuck around until 6 p.m. to help another guy who was struggling.

The next day the foreman came back in and said we were meant to have interviews today, but he’d seen everything he needed and talked to everyone he needed to. He said all six of us have a job up in Norfolk, VA, if we wanted it! I came up here on February 24th.

Did they also hire the guy that was struggling?

Yep, all six of us got hired. They hired him because he never gave up, he continued pushing. The foreman said he could work with that kind of attitude. He said, “I can get you trained, as long as you don’t quit.”

Did your wife move up with you?

No, she’s back at the farm looking after all the animals. We do dog rescue, too; we have six horses and 23 dogs. It’s nine hours door to door. I get home for Holidays, and she’ll come up for some weekends.

Where do you see your career taking you?

I might stay here a year and see if I can transfer to the division down in Mayport, Florida. There’s a girl down there who wants to move up here, so I’m hoping they swap us. Then long-term, yeah, I could stick with General Dynamics until I retire. But maybe I’ll stay with five years, get all the experience I can, and go back to Tulsa Welding School and become an instructor!

I was an instructor with the police and in the Navy, so I’d like to teach guys how to do this stuff. I was always helping guys when I was in school. I liked it. It’s nice being able to pass on what you know.

A friend of mine is a farrier and he was talking about building trailers. After I get some more experience at General Dynamics, maybe we’ll also start a business together building horse trailers.

Are you happy with the money you’re making in this third career?

Yeah, it’s providing everything I need it to. I bought a travel trailer when I came up here, so it pays for that, my lot rent, everything else, and I’ve still got a lot of money to burn. I’m making close to $5,000 a month. There’s plenty of overtime; you can work seven days if you want.

What do you enjoy most about your third career?

It’s real nice to be able to repair Navy ships, especially having served on them. I help get them back to the fleet where they can serve the country. I still get to be around the Navy, and I enjoy it. It’s a blast.

I’m still in touch with seven or eight guys through Facebook and Instagram. Then there are the five other guys I’m working with up here. We still hang out together. They are all in touch with different guys, so we get to know what’s happening. I’m on a lot of job boards for welders and pipefitters, so I share where jobs are popping up. We’re constantly networking. This is such a small field. There are guys here who have worked at different shipyards, and everybody knows their reputation.

How was being back at school in your 50s?

It wasn’t too bad. A lot of people on campus thought I was one of the instructors. But it was fine. I got along with everybody in my class. They called me “Pop,” but I had a good time with it. The instructors treat you a little different when you’re older because they know this is not your first rodeo.

What advice would you give to students considering welding school?

Put in the work. Pay attention to what the instructors are telling you, and if you don’t understand, ask questions. The instructors are more than willing to help. If you don’t want to ask the instructor, find one of the guys in class who is doing really well and get with them. Check with other people because there are different techniques to doing things. You can do it, but you’ve got to put the work in. If you don’t do the work, you won’t get through it, or get a good job after. If you need to stay late, make the sacrifice.