Why? Companies can’t find workers with the right skills.

For the first time in the U.S., there are more job listings than there are qualified workers. The skills gap is the number one problem American businesses face, said Mark Zandi, chief economist at Moody’s Analytics, in a statement.

Here’s a look at some of the states that have been hit the hardest by the skilled trades shortage.

While plumbers, electricians and welders are needed across the nation, they’re in such short supply in some states that the issue has been making news headlines. 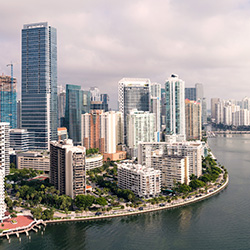 “75,000 a year with benefits; no college needed. Yet local employers can’t fill jobs,” read the headline of a Miami Herald article published in September 2018.

In the midst of a construction boom in Florida, plumbers, electricians, carpenters and brick masons are hard to find. “We’re seeing it across the board,” explained the president of the Florida East Coast Chapter of Associated Builders and Contractors, Peter Dyga.
There are shortages in every trade.”

The Great Recession took a major toll on the area’s construction industry: 1.5 million workers left, and many of them never returned. Fast forward to 2018, and construction was the fastest-growing sector in Miami, adding 6,300 jobs since May of 2017.

Historically, cycles of expansion and contraction in building are common in South Florida, occurring every 5 to 7 years, according to Wade Helms, a local HVAC and electrical contractor. But workers can beat them. “The way to stay out of the cycle is by getting training,” said Helms. “There’s almost always a need for high-skilled workers.”

Technical training can also be the gateway to higher pay. Many skilled trades workers earn above the city’s $35,000 median annual wage (about $17.50 per hour), indicates data from the Bureau of Labor Statistics.[1] 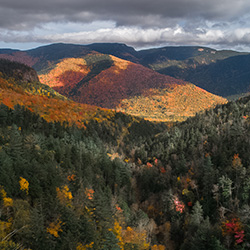 “With our shortage of skilled workers, career and technical education is ready to be taken seriously,” stated the headline of a PBS NewsHour article published in April 2018.

An exodus of high school graduates is to blame for the skilled labor shortage in New Hampshire. Faced with the priciest colleges in the country, young men and women seek educational—and then career—opportunities outside of the state.

In an effort to encourage more students to consider vocational career paths and make employment connections within the state, New Hampshire is beefing up its career and technical education (CTE) programs. Now, 14-year-olds can learn about HVAC, aeronautical engineering or nursing.

These are options many of their peers in traditional high schools will probably never discover as they’re pushed toward universities—and the massive student debt that can accompany them.

Students who struggled in general education classes like biology appreciate the alternative learning path. “I was doing really poorly last year. But this year I’m doing so much better. Something just clicked for me. I love learning by doing stuff. I can’t sit still at a desk and read a book,” remarked 17-year-old Christian Lacoss.[2] 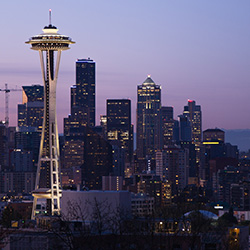 Similar to Miami, “Seattle is a forest of construction cranes, and employers are clamoring for skilled ironworkers.” One young man, Garret Morgan, plans on playing a role in shaping the city’s skyline.

Morgan is training to become an ironworker after quitting a path his parents pushed him toward: college.

It’s a wise decision. These tradespeople are set to see 13 percent job growth through 2026, reports the Bureau of Labor Statistics. That’s nearly twice the national average.[3] He’s already taking home more than $50,000 a year. As for his college-bound friends? “Someday maybe they’ll make as much as me,” muses Morgan.

He has a point, too. The price of a bachelor’s degree has been going up, but the returns are softening. It’s an equation that leaves many graduates in debt and out of work.

Currently in Washington, there are more positions in electrical work, pipefitting, carpentry, sheet-metal work and plumbing than there are qualified workers to fill them.

A big part of the problem is that not enough young men and women are aware that welding training and other vocational education options are available to them or that the need for qualified workers in these fields is so great right now.

The fact is across the nation skilled trades workers are needed—not only in Seattle, New Hampshire and Miami.

In February 2018, Michigan Governor Rick Snyder announced a $100 million proposal to train workers for employment in the manufacturing, healthcare and other professional trades sectors.

California committed $200 million to strengthening the delivery of technical and career education. Schools and companies can be doing more to get young people into the skilled trades.

The nation is growing, and we need skilled tradesmen and women to help build and repair its buildings, bridges and highways.

Construction is predicted to be one of the leading industries for new jobs through 2022. In the next five years, the country will add 68 percent more jobs in fields that support infrastructure maintenance and creation.

As the demand for workers with technical training soars, the returns on bachelor’s degrees for the fraction of people who enter and graduate from 4-year colleges is decreasing; in 2015, their medium income was less than in 2010 when adjusted for inflation.

Learn more about the advantages of a career in the skilled trades.