Rafael, aged 24, was born in Los Angeles, CA. When he was two, his family moved to San Elizario, just outside El Paso, TX. Rafael graduated from the Professional Welder program in December 2011, aged 20. 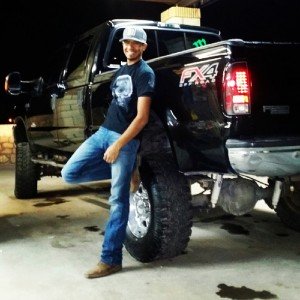 Thanks for your time Rafael; have you always wanted to be a welder?

No, music was my thing in high school. I was in the drum line; my idea was that I’d go to college and be in a college drum line. I wanted to become a music director. But some things happened my senior year and I had to give it up. When I graduated I didn’t know what I was going to do. My dad got me a job at a car dealership. I was running cars, washing cars you know; I did that for six months.

So how did you come to welding as a career?

My dad’s a union plumber so he’s been around a lot of welders. He saw the kind of money they make, the lifestyles they live and the opportunities they have, especially to travel and see the world. He’d come home and tell me that I should go to welding school, become a welder, but I would kind of shrug it off.

One day he told me about a guy he was working with at a power plant; he told me this kid, Richard, was in his early 20s and making a lot of money. “He’s a single guy not much older than you and can do whatever he wants. He’s going to come down and show you what he does,” my dad told me.

So Richard pulls up in a new F350 lifted truck with a decked out interior. We talked about welding school and where he was now, he said he’d gone to TWS. My dad cut and beveled a pipe for him and he started welding. I watched as he showed me how to run a TIG torch, and I got hooked.

Had you done any welding before TWS?

We had welding machines here at the house for as long as I can remember, but I never knew how to use them. My dad used to be a car body man; he used a MIG welder to fix cars up before painting them back in the day. I learned how to paint cars too, but I never welded. 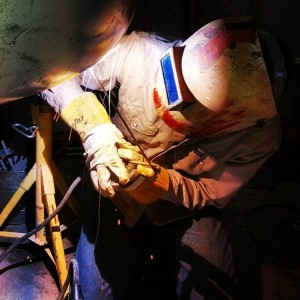 It took me a while. I came out of school thinking I was God’s gift to welding; I thought I knew everything about everything. Shortly after I went to Odessa, TX, to join the oil boom out there. I got invited in for a weld test the next day. Almost as soon as I started the inspector said thank you for showing up but we don’t need you. I wasn’t even there for 20 minutes and, right off the bat, I’d busted my first weld test.

So what did you do?

That was pretty demoralizing for me: I came down to earth quick. I took a job as a welder’s helper out there. When I came home that weekend my dad set me up with a pipe to weld; he told me straight up “You’re not good; you don’t know what you’re doing yet.” To hear that from him hurt bad, it hit me hard. But it didn’t make me want to give up, the opposite; I knew I needed to push myself to get better.

I was learning from experienced welders as a helper out there in Odessa, so every weekend I’d come home and practice what I learned from the guys in the field and at welding school. I had to push myself hard because I just wanted to make my dad proud. That’s all I’ve ever wanted to do, my life goal you could say. I want my dad to be able to tell me “I’m proud of you, you did alright” you know? 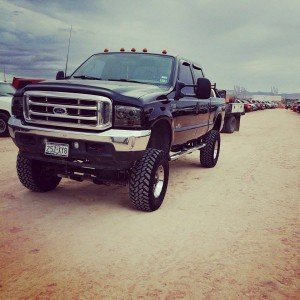 You mention your dad a lot, he’s obviously a big influence. Have you made him proud?

I think so; he’s not too emotional but I think so. We had a moment when I bought my bike. We were loading it and said “Thank you for pushing me because without you none of this would be possible.” We hugged and I heard his voice crack a little when he said thank you and told me to be careful! I know he talks about me at work a lot, I send him pictures of my welds and I know he’s showing me off to people. He doesn’t tell me he’s proud often, but I think he is by the way he speaks about me.

Why do you think you struggled when you came out of TWS? Was it you, was it the school?

It was all my fault; I didn’t take full advantage of what was offered to me. The school said you can come in and practice all day long if you want, come in at the weekends if you want. But I didn’t. I’d show up and do what I needed to do. Don’t get me wrong, I’d give 100% between 7am and Noon, but afterwards I’d go to work, and then sleep. Saturdays and Sundays were days off, I’d just sleep all day.

I was immature. I was by myself and there was nobody telling me “go to school, go practice your welds.” I did what I wanted when I wanted, and I didn’t practice enough. I was satisfied with what I was putting out at school, but I didn’t appreciate that you only really get better with a ton of practice. 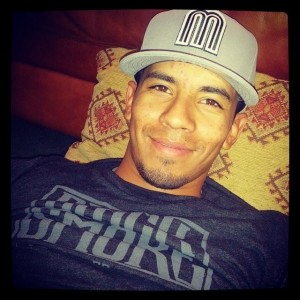 So when did you get your first welding job?

It was June 2012, welding stainless steel sanitary piping at a dairy plant in Clovis, NM. It lasted about three weeks. When I got my first pay check, my hourly rate was different to what we’d agreed. He was paying helper wages for welding; I wasn’t making enough to survive so I went back to my job in Odessa.

Have you found a more stable welding job since?

It’s never stable; a job ends and you have to find something else. In 2013 I started working at a diesel fuelling station for Union Pacific in Santa Teresa, NM. I did that for six months. When the job ended I went back to helping on the pipelines because I want to be a pipeliner, I want to chase the big money. They offered me a welder’s helper job on the pipeline; I took it on the condition that they’d let me take a weld test…but that test didn’t come to fruition so, after about four weeks, I came home.

Where do you hear about these jobs?

The people you work with. If they like the way you work, your work ethic, they’ll tell you where the work is. They tell you about opportunities they’ve heard of in Odessa, or Oklahoma, or Colorado, anywhere. It’s pretty much take your pick. Sometimes there’ll be a shortage, or you’ll call too late, but it’s pretty good.

Where do you want to be in three years?

I hope to start working with my own rig within the next year or so. I have a welding machine here at my house that I’d like to throw in my truck and go work on pipelines, or on bigger jobs that pay more money. 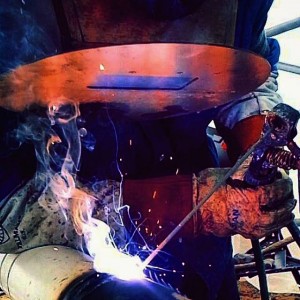 What’s your favorite aspect of your trade?

Oh man there’s so many…but I love the camaraderie. I love the fact that when you first show up to a job and take a test, everybody’s kind of wary of you. But once you pass, other welders come and talk to you, they watch you work and ask you how you do things. You start picking each others’ brains. You don’t know every welder out there, but on a big job like the oil fields, you’re part of a family.

What advice would you give to new students just starting out?

As far as going to welding school, give it 100%. Don’t give up if you have a bad day or bad week. Everyone has a bad day; I’ve been welding for four years and I still have days when I get to work and cannot get it right! But once you get out there, a world of opportunity is waiting for you! And I’d also say burn all the rod you can to get as good as you can. You’re never as good as you think you are. If you’ve got to go to work while at school, get yourself a welding job on the side and keep practicing to refine your craft.

I bought myself a new Harley in August so I enjoy riding that. That was always one of my dreams; I saw my dad riding his and I always wanted one! I’m also really big into sports; I play softball on the weekends. 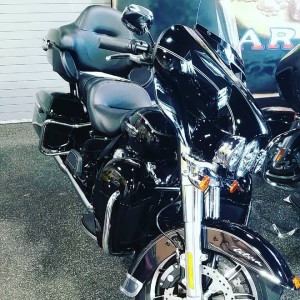 First I’d secure a nice house for me and for my family. I’d take care of my mom and dad and make sure they’d be okay for the duration of their lives, paying off whatever debts they owe within the day. But I’d also like to give back. If I ever found myself in that position I wouldn’t be selfish, I’d give back.

Chat With Us
Apply Now