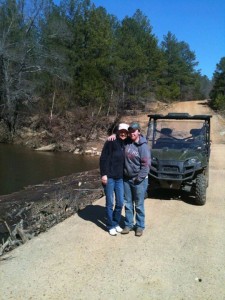 Thanks for your time Macy; what did you do before you went to TWS?

I had a job with the State Park just down the road from Moyers for a little while, then I was a sub-contractor for United Built Homes. I pretty much worked for myself; I was painting houses, doing sheet rock work, things like that.

What made you decide you want to go to welding school?

When I got out of high school my original plan was to go to TWS, but my dad got sick and I just put it off. Back in July 2014 my dad said “if you’re going to do something, you better do it now because you’re never going to be able to make a living here unless you have a trade or something.” He was kind of on my butt a little bit about it, so I said, “you know what, I’m going to do it!”

It was the best decision I ever made. I enrolled at TWS that month; my dad passed away in December, so they gave me some time off, which is why I didn’t graduate until March.

Why was it your original plan?

I did some welding in high school and I grew up around bulldozers and stuff, watching my dad work on them. I just love the idea of being able to take two pieces of metal and turning them into something.

What was the favorite part about the program, and why?

The instructors. Just the fact that they were always willing to help in the classroom and in the shop. If you had a question, you could always go to them. I admit sometimes they’d look at me and say, “Are you kidding me? You don’t know that?” but they were just great all the way around. If you needed help or if you were having a hard time with something, they’d come in your booth and work with you individually.

I enjoyed the creativity aspect too; it’s a good day when you lay a bead down and say “look at that, it’s gorgeous!” Getting electrocuted every now and then, that didn’t hurt either! A little jolt of energy!

How did being a female in a class surrounded by men work out?

Some of them were kind of like “Oh you’re a girl, you can’t weld.” Then about two months into it, one of the guys and I were using a cutting torch; he was giving me a hard time and I said “Dude, we can be friends or we can be enemies, so whatever!” He came into my booth, saw my work and was like “Hell, you can weld!” to which I replied “Yeah fool!” After that it was all good!

But you know – girl/guy it doesn’t matter. If you really want it, just be the best you can be. If you go to TWS, just put your hood down, don’t let the BS get to you and do what you’re there to do. The welds will come. They might start out rocky, but by the end of it you’ll be like “well look here”; you’ll grab an instructor and say “Look at this! I want to weld against you! What have you got today?!”

Everybody’s paying the same amount of money to go there; it’s not about being a girl or a guy, or any of that; we’re all going to be welders. It’s kind of like a brotherhood when you get out. I have lots of friends that are welders and we all talk crap to each other over a beer or two after work! 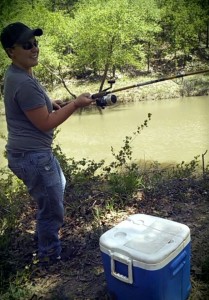 What was the best thing you learned at TWS?

Confidence. They gave me the knowledge and the confidence to be like “I can weld!” For seven months I did nothing but weld. When I started I could weld a little bit, but now I CAN WELD! I CAN GO ANYWHERE!

Do you feel you’re on your way to becoming a specialist in your field?

I knew a little bit of welding when I got to TWS, not a lot. But I got a job three days after I graduated, so that helped me feel a little like a specialist. When I got the job, where I’m still working now, they had me do something I’d never done before; instead of pulling the bead, you push it…so it’s a little different. For the first couple of weeks, they were on me to practice, but now I’m pretty darn good!

You got a job in three days? Who do you work for and how did you get the job?

The company worked with the school actually. They came to TWS and I signed up for a weld test; I interviewed with an HR guy and he offered me a job in Iowa. I graduated March 20, packed up and moved, and by April 6 I was working for XL Specialized Trailers in Manchester, IA. We custom build heavy haul, low boy, trailers. I build flip axles, and I work on trailers too some times. I pretty much do it all.

You can’t survive on minimum wage. It’s like paying to go to work and that’s no fun! But after I graduated TWS I started here at $18.50 an hour; now I’m making $19.50 an hour. I’m working anywhere between 50 and 60 hours a week; anything over 40 hours is overtime which is time and a half. I’m really happy with the outcome; I can go anywhere in the world and work.

What did you do with your first paycheck?

I paid to move all my stuff up from Oklahoma!

What are your future plans? Where do you hope to be in three years?

I hope to be somewhere other than Iowa! I plan on staying here another six months or so, although they keep scaring me with talk of Winter! I’d love to get a job building ships on the coast somewhere, that’s what I’d like to do. Not Texas, it’s too hot down there. But to be able to work on something that big would be so cool, to look at a ship and know you were part of it building it. Very cool!

Would that be your dream job then?

Eventually I’d love to end up working in Alaska, but I have to build up my experience first. I definitely want to see Alaska. But I really want to travel all over the United States and Canada. I just have myself to worry about, so now’s the time to do it.

The solitude of it, you know. You’re held accountable for what you’re doing; it’s just you and if you screw something up, well it’s your fault so you better fix it. If it’s not right, they’re not going to accept it. I want to be that good that when I lay a bead, all they can say is “well alright!”

What advice would you give to new students who are just starting out?

If you want to be a welder, the only way is to put your hood down and burn! If you go in there and only spend an hour a day welding, you’ll be lucky to make it out of the first phase. You have to work hard!

I like to drive the back roads in my truck; the weather is beautiful, so windows down, radio on, enjoying the countryside. Some of Iowa is really pretty although it smells terrible! Pigs & chickens! Two of the worst things in the world! 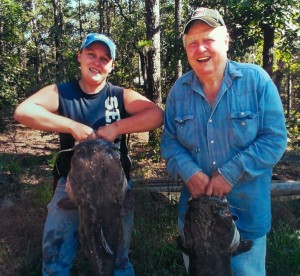 I’d buy me a piece of land back in Oklahoma, on the Kiamichi River and get me some cows! Oklahoma is where my heart is. I live in the pretty part of the state, the south-east corner. I’d like to have a place there and travel all over the world.