Alex Declair, aged 23 was born and raised in Phoenix, AZ. He graduated from the Professional Welder program at Tulsa Welding School in June 2013 before moving back to Phoenix, and then back to Tulsa! 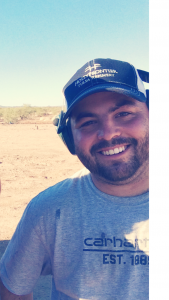 Thanks for sharing your story Alex; what did you do before going to TWS?

I was looking into becoming an officer with the DEA, but I had to have hip surgery; the physical aspects of that job meant that career went out the window. So I worked in fast food, and went to community college. I had no clue what I wanted to do.

What was your plan at community college?

I went to get my pre-requisites done. I knew I liked math so I was exploring that, but I really didn’t know what I wanted to do. I was basically taking random classes to see what I liked; that’s how I ended up taking welding. I was on vacation and needed to sign up for classes. I saw welding and thought that sounds like fun. I signed up for it on my phone, while on vacation, and went from there. It was a spur of the moment thing, but the funny thing is I just fell in love with welding.

What made you decide to leave the community college for TWS?

I did two semesters of welding there but my heart wasn’t in it. My heart has to be in it 100% before I can really be committed to something. It kind of just felt like high school to me. As soon as I started welding, I knew it was what I wanted to do, but that wasn’t the place where I needed to do it. Luckily my family had moved out to Tulsa a couple of years prior, while I’d stayed in Phoenix. I saw some commercials for TWS and decided that was where I wanted to go; I followed my family and started at TWS soon after.

Had you tried welding at high school?

No not at high school, but my stepdad had a business building barbecue islands. They had metal frames that they’d weld together. So I’d held a MIG welder for maybe a minute my whole life! But what really interested me while working with him in construction as a kid, was that even though the work was tough, I loved the finished project, I loved knowing that I’d helped build something.

Honestly I’ve had people ask me this before, and I have to say the teachers. They took care of me because I put in a lot of effort; their help was really nice. Everything else was pretty standard as far as the process goes and all that, but the teachers really went out of their way when I needed them.

I’d say the majority hadn’t welded before, but there were a few that had, maybe 25% of the class, if that.

How did the experience of learning welding at a community college compare to TWS?

Not one bit. The community college thing was kind of a joke; you learn the very, very, very basics of welding. Don’t get me wrong, I thought I knew the world after I got done with that class, but going into Tulsa Welding School was a whole 180 degree difference you know.

It was probably three/four months after, but I could have done it quicker if I’d tried! I was just being lazy really! Initially I kind of fiddled around; I was 21 and going crazy not seeing my friends, so I decided to move back to Phoenix. A few months later I got serious and got hired at a fabrication shop in Tempe, AZ.

So now you’re back in Oklahoma? Who are you working for?

I work for JV Industrial. We’re a big turnaround company; we work all over the United States. Currently I’m actually working at the refinery right next to Tulsa Welding School! It’s funny how it worked out! 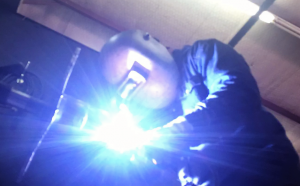 So how does that work? Do you move around?

First they train you for three months; I completed my training and got my certifications in February. Since I’m still pretty new, they sent me here to an ongoing maintenance job. It’s a five year contract, rather than some other jobs that might be just a month. It’s great for people with families who don’t want to move around, but it’s also good experience for someone like me who’s pretty new to pipe welding. I can go at my own speed, learn everything, and still get paid pretty good. It’s worked out pretty good for me. But they could call me tomorrow and tell me I need to be in California the next day.

So how long will you stay in Tulsa do you think?

I’m already in talks with them about that, but some personal family things are going on right now here in Tulsa. So it’s kind of worked out perfectly that I’m here for the next couple of months. But I’m hoping that I’ll be on the road by the beginning of 2016.

I want to go check out the east coast as I’ve been on the west coast my whole life. But I’m really ready to go anywhere they want to send me. I’m not married, no kids, so this is the time to get it over with.

You mentioned pipe welding. Is that what you’re specializing in?

Yes, we work in refineries, power plants; it’s all pipe. I got in to welding thinking I was going to work on race cars right? That’s what you see on TV, watching those motorcycle shows and such. I wanted to say “I’m going to weld race cars”. So after leaving TWS I focused on fabrication, which is what you see on the shows. I did it for a year and realized it wasn’t for me. It’s a lot more fabrication than it is welding. Personally I just love to weld; I don’t really care to be cutting stuff and grinding. When I work on pipe in the refinery, I’m constantly welding. That’s what I fell in love with; I can just sit there all day and weld.

So what would be your dream welding job then?

Working on the oil rigs in Alaska! I follow a guy on Instagram who does repair services out there, and that looks pretty fun! I do the same stuff in Oklahoma that I’d do in Alaska, and we get paid about the same, so I think it’s just the Alaska part – you know, you’re way out there on the frontier and all that stuff!

Do you feel you’re on your way to becoming a specialist in your field?

What did you do with your first serious paycheck?

I paid off some credit cards, but just last week I bought my first truck; it’s a 2005 ¾ ton Dodge diesel. It’s already a super nice truck, the guy put a lot of money into it. It’s my Christmas gift to myself for the next five years! I might put a machine on it one day. It was actually really cool; because I’ve been making some pretty good money I was able to give my old truck to my little brother and say “here you go man!”

Don’t get me wrong the money is nice, but I really like the guys I work with. We have a good group of guys and that makes it enjoyable to go to work. I played baseball in high school and it kind of reminds me of that – the camaraderie, you know. Of course I love putting the hood down too; you’re kind of zoned out when you do that, you don’t have to worry about anything other than what you’re doing. 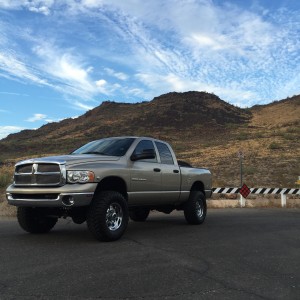 You know it’s funny; there were three of us who hung out and became friends. We’re all from different states but all three of us now work for JV Industrial so we’ve stayed pretty close. I actually work with one of them here at the refinery, and the other guy is how we got the jobs. He started with JV right out of TWS, so he gets to travel and all that now. Me and the other guy are working towards traveling.

What advice would you give to new students who are just starting out?

Just keep that hood down! Welding isn’t one of those things where someone can show you how to do it, it’s up to you to do it. It’s definitely putting in the time; I know it sounds clichéd, but every bit of what I’ve learned is doing it over and over and over. Secondly, if you can make something harder for yourself, like welding in a tough position or doing something you hate, just keep repeating it because it will make everything so much easier in the end. It sounds stupid, but you’ll be amazed the difference it makes

I build furniture on the side! So I use welding outside of work; I build furniture and sell that stuff too. It’s kind of my hobby at the moment. I don’t have too many friends out here in Tulsa so it keeps me busy. 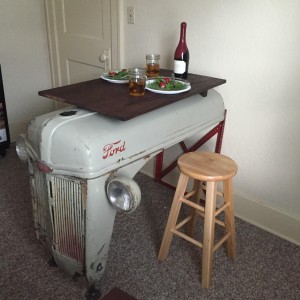 I’d donate a good part of it to the Shriners then go on a nice vacation; maybe an Alaskan cruise!