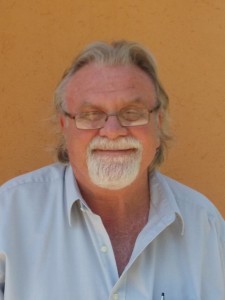 Robert Padgett is the Lead Electrical Instructor at the Jacksonville campus. Robert has been in the electrical construction industry for 47 years and was instrumental in putting together the new Electrical Applications (Electrician Training) program.

Thank you for your time Robert; tell us about your role.

I’ve been at Tulsa Welding School since November 2011, and I truly enjoy my job. My main focus is clearly the electrical side of the house. I have taught all the electrical classes: Fundamentals of Electricity, Fundamentals of Solar, Residential Wiring, Commercial Wiring. I am also the one who was tasked with drafting and setting up the Electrical Applications program. The books, the equipment etc. that’s all been my baby, and I was truly blessed that Mr. Milligan has allowed me to coordinate all that.

Electrical Applications is a new program. Are you enrolling students now?

We’re up and running with a small class; we’re working on building it up as we go forward. I’m still tweaking and finalizing lesson plans, and we’re building labs. In fact, the current students are building the hands-on labs that the following classes will be using, so they’re actually getting a unique opportunity.

Why did you choose an electrical career?

I was the kid that took the back off of everything. I’d been shocked more times than I recall by the time I started in tech school at 15. I went through a pretty unique program. In the late 60s Florida was an agriculture and tourism state, but then Mr. Disney arrived and skilled tradesmen were needed.

I was from a poor working class family with no money for college, but the state offered to send me to two schools at the same time – academic high school and trade school. I jumped at the chance. There were a number of options at the tech school, but electrical just seemed to be the natural choice. So I graduated with a high school diploma and a technical school certificate on the same day at the age of 17.

And you never looked back?

I’ve been blessed for 47 years. A lot of people don’t stumble on to their primary talent until later in life, if ever. I stumbled on to what God wanted me to be straight away. It’s been something that always came naturally to me. If you can find something you love, then you never have to work a day in your life. I’ve worn just about every hat in the industry including owning my own business for 18 years.

Why did you decide that teaching is something you’d like to do?

Most older electricians either become an inspector or an instructor. Telling everybody what’s wrong with their work didn’t appeal, and I always figured teaching would be a great way to end my career. I’d already been a project manager, business owner, purchasing agent, estimator… so teacher seemed like a nice way to go out. The trouble is, I didn’t know if I’d be any good at it. It turns out I haven’t been half bad!

Had you taught electrical before TWS?

I’ve always trained new guys out in the field. There have also been companies where I was tasked with doing safety training, OSHA training – that sort of thing, but this was my first “formal” teaching position.

Why did you choose Tulsa Welding School Jacksonville?

It’s what I call a “God” moment. I had applied to a couple of other schools and done interviews when one of my friends mentioned to me that there was an ad on Craigslist for a Master Electrician to teach at TWS. I called, sent in my resume, and the lady I spoke with was so impressed she called me straight back. It was like dominos falling into place and within two weeks I was in the classroom. Incidentally, I still haven’t heard back from the other schools I applied to!

Nikola Tesla. I’d like to pick his brains for the stuff he didn’t tell us about alternating current electricity. I’m sure he took a lot of that stuff to the grave because he was an absolute genius.

I was an absolute menace; my mother had to watch me because I’d have the back off the television, the table radio, and I absolutely destroyed my sister’s phonograph. I guess I was always happiest taking things apart and putting them back together again.

Most people might not know that I’m a plus level square dancer and a phase III round dancer. You probably know square dancing, but round dancing is a choreographed form of ballroom dancing. Back in 2005 I decided to take my hobby, and make it a vocation. I’m actually an accredited modern western square dance caller; I even teach the beginner level. I’m quite light on my feet!

My old tech instructor had a sign up behind his desk that read – “Ya Gotta Wanna”. If you want something bad enough, and you’re willing to do the work, anything is possible. I graduated at the age of 17, had my Journeyman’s license by the time I was 18, and my Master’s license by 20. I never looked back. I watched my dad work three jobs at one time in my childhood to keep a roof over our head, and I knew I didn’t want to go down that road. So when I was offered a path to go through trade school, man, I took it.  So, if they “wanna” and they’re willing to put in the work, the rewards are there for them.

I’d still be out using my tools for electrical work, but it would be for Habitat for Humanity, an absolutely wonderful organization that helps people that otherwise could not afford their own homes. I actually thought about this recently when thinking about retirement, and I’ve already done some work with them. It would be nice to give back to the community and help those who aren’t quite as fortunate.

I’m divorced and have a daughter, the love of my life who has given me two wonderful grandchildren; a 6 year old granddaughter and a 3 year old grandson. They live locally, and we are all Florida natives.

You get an unexpected afternoon to yourself; what would you do with that time?

I’d clean my house. I haven’t taught my two cats how to do that yet! Gosh, I don’t know what I’d do with a  day off! I’m not much for taking time off. I like to be doing stuff!

It’s the pleasure of knowing that you solved a problem. I tell my students that you may have just given a customer a $900 invoice, but when the lights are back on, the whole family will be waving goodbye as your van pulls out because you’re the hero. It’s a wonderful feeling to know that you can provide somebody a service. Electricity is something we just can’t live without. It’s no longer a luxury. It’s a necessity so ours is a very valuable service in society. We’re there to make sure that the lights stay on!

If you were to tell one person, “Thank You”, who would it be and what did they do?

A gentleman by the name of Herman Bell. He took time at the end of his career to teach me and others at tech school. I look back on my career, and I’ve become more like him than I ever thought. I spent three years with that gentleman, and he instilled a lot of the values I still have, and a love for the work itself rather than how much money you can make doing it. I try to pass all that on to my students here. Yes, they want a good career, but it should be something they take pride in. My teaching career is kind of payback; I get to return the favor and teach the next generation my tricks.