Michael, 28, from Inola, Oklahoma, is a Senior Welding Instructor at Tulsa Welding School. He usually teaches 115, which is the Pipe Welding phase of the Professional Welder program, in the evening shift.

Thanks for your time, Michael. How long have you been teaching at TWS?

This is my fourth month teaching at Tulsa Welding School/ I started January 31st this year.

When did you start welding?

I started welding back in 2013 right out of high school, so that’s about nine years. I started as a welder helper, just grinding pipe all day basically. I welded on my lunch breaks to practice. I was pretty lucky because I had a couple of guys who would help me out, teach me things here and there. I welded on my lunch breaks for about nine months before I passed my first actual weld test. I learned on the job.

I actually wanted to be a high school football coach! I played throughout high school and a little semi-pro football right after high school. But I always felt like I knew the game better than I played the game! My dad was my coach until I got to middle school. I guess I wanted to step in his shoes. 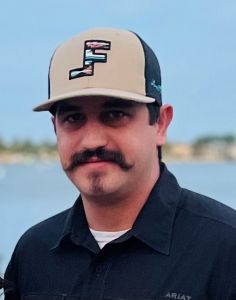 Well, you still have time! Talk us through the headlines of your nine years’ welding experience.

After those nine months of practicing, I got my first job and welded for about five or six years in the fab shop where I started as a helper. I learned to weld there and to fit pipe, and assembly. I learned a little  of everything. After that I got the opportunity to start traveling and doing turnarounds.

Deciding to pull the trigger on traveling was the best career decision I ever made. I got to see some pretty cool places. I worked in several different states and got to go out of the country a couple times actually. I went to Trinidad and Tobago and the Netherlands at one point, so I had a lot of fun, and I learned a lot.

I used all the skills I’d learned in the shop once I started traveling. I’d actually hit one job as a fitter and then one job as a welder. I learned a lot in that shop, being a pipe fitter and a welder at the same time.

If going traveling was the best decision you ever made, why did you go into teaching?

To make a long story short, the reason I quit traveling is because of my wife and kids. I have a three-year-old son and a five-year-old daughter. The kids finally got old enough to realize that whenever I’d go to work, I was going to be gone for a couple months at a time. They started getting sad and it started hitting me at home, bothering me. So the last time I told my daughter that this was the final job I’d go on, and that I’d be done with it after that. I’m keeping that promise.

Why teaching though? You could have worked in a shop again?

I’ve always had a sense of accomplishment when I help somebody learn how to do something they don’t know or to teach them to find a different way, as far as welding goes. The look on a student’s face when everything finally clicks, and they have a breakthrough; they get excited. Giving somebody that feeling of “Finally, I got it!” gives me a sense of accomplishment, it makes me feel pretty good. I missed that.

Is that what you enjoy most about teaching?

Yes, that, and now that I’ve been teaching a few months, I honestly enjoy my coworkers a lot. They all come from a different welding background. We all have our own particular set of skills that we’ve established in our careers. We can learn a lot from each other, and being around these guys at work almost makes me feel like a student again. That has to be one of my favorite parts.

I’d like to say the most important thing that most people don’t know about me is that I can smoke ribs way better than my dad can!

Bill Murray! Bill Murray is my idol. I’m pretty jealous because ever since I was a child I’ve liked him, and then a few years back my brother actually got to meet him…and I haven’t. So, he would definitely be the person that I would like to have lunch with.

You mentioned your kids. Tell us a little more about your family, Michael.

My wife Molly and I have been married for nine years now. We got married out of high school. We have a five-year-old daughter, a three-year-old son, and another one on the way in November.

What was your favorite tool when you were out in the field?

My welding hood. I don’t know if that’s even considered a tool, but my welding hood is 100% the thing that stuck with me. Everything else can come and go, but your hood is part of who you are. It has a history of who I am, and where I’ve been. My hood has been in three different countries, 20 different states. To me that has a lot of sentimental value. I definitely cared most about that than any other tool. Everything else is replaceable, but not my hood.

Your lens is important too. I found a lens I liked a couple years ago. It’s called a Wens Lens. There are at least a hundred different types of lenses out there, but for me, that’s my favorite by far. It’s a double filtered lens. I’ve got like five/six in my garage so if the one I have breaks, I can quickly replace it.

What’s the biggest piece of advice you have for new students who are just starting out?

I would say my favorite part would be the people. I’ve met so many people from different backgrounds in life. I’ve met people who do the same thing that I do from every corner of the world. I’ve made some pretty lifelong friends and created lifelong memories that will never go away.

In a perfect world, where nobody else was busy, I’d love to go golfing with my dad and brother. That’s what I’d like to do.

I’m afraid I can’t narrow it down to one. First, I’d have to thank my wife for all the sacrifices she’s made, so I could find a job here at home that I really enjoy and allows me to stay here with the kids.

Then I would have to thank my mom for always supporting my decisions in life, no matter how good or bad they were, she always had my back. And then lastly, for sure, I’d have to say my dad. He’s always pushed me to be better every single day.

He had this saying that will stick with me for the rest of my life and will always make me feel good and motivate me. He would say, “I don’t care if it’s flipping burgers in McDonald’s or welding pipe for a living. Work hard to become the best burger flipper or the best pipe welder in the world and I’ll be proud of you.” Like I said, that’ll stick the rest of my life. That’s the most important thing I’ve ever heard.