Tony Reid has only been with Tulsa Welding School – Jacksonville campus for about two years, but he has just been recommended for the Lead HVAC Instructor position, a role he assumes on May 12th. A U.S. Navy veteran with over 22 years service, Tony has plenty of valuable experience to share with students. 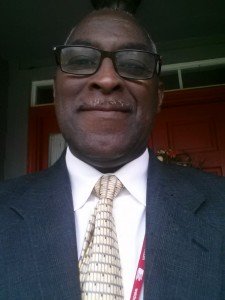 First of all, thank you for your service Tony. Tell us a little about your career in the Navy.

I retired after 22½ years as a boiler technician machine’s mate. I was on several ships in my time including a carrier, the USS Lexington and the USS America. I also served on several shore stations. It wasn’t so much a job as a way of life after a while. I had a good time, I met a lot of good people and saw a lot of the world.

When did you start in the HVAC field Tony?

I was 44 years old when I left the Navy in 2000. I’ve worked in the HVAC field since 2001. After leaving the Navy I went to school to earn an Associate in Applied Science Degree in Mechanical Engineering. I didn’t want to work on boilers anymore, so I elected to work in the HVAC field. I’ve also done mechanical system design work and drafting using AutoCAD.

No sir. I taught in the Navy for about 12 years as a Damage Control Instructor and I was the Navy Rights and Responsibilities course facilitator. Then, from 2006 to 2013, I taught HVAC at the Jacksonville Job Corps Center. I didn’t think I’d last 3 months, but when I got into the swing of things I became passionate about it. I believe the better we help our students prepare for the future, the better our future will be. Once I saw that I was making an impact in students’ lives, I developed a love for it.

A doctor. I could have pursued it, but I was young and chose to go into the military to get my life back on course. If I’d known then what I know now, I’d have gone straight into engineering. When I was kid if something was broken, I tried to fix it. I always had some kind of tool in my hand. Back then the biggest thing was to be a doctor or a teacher. My mom tried to push me into being a doctor, but back then people didn’t tell you that you could use those kinds of talents and have a good career in engineering.

Well…I’m like one of the last of the Mohicans. I grew up out in the country with my grandmother and I guess I’m one of the last of the grandchildren of my generation to have seen and ridden in a horse and buggy, to see my uncle plough fields behind horses. I grew up in Jackson, Mississippi, and that was still the lifestyle back then in the late 50s early 60s before the car took over.

My favorite book in Kaffir Boy, it’s about apartheid in South Africa. It’s one of the best books I’ve read. When it comes to music I really like jazz, particularly Al Jarreau. My favorite movie…well there are so many of them! I’d go with “Something The Lord Made”; it’s an HBO special about the pioneers of open heart surgery starring Mos Def and Alan Rickman.

I’ve been married to Frans for 35 years. I have two daughters Shaneka, 33 and Lateicia, 29. My son Terrell passed away in 2000 at the age of 25. We don’t have any grandchildren yet, but I’m trying to push marriage so we’ll see…

I’d learn the acoustic guitar. I’d be a guitarist. I’d like to sit on stage and entertain people, and have fun doing it.

Have a purpose and know why you’re coming to school. When things get difficult, when times get a little hard and you think you might want to give up, it can be easy to forget your dream. We all have moments like that, but sometimes moments can affect your entire future. Keep your purpose in front of you at all times; it will help you maintain your drive and keep you going forward while you’re here.

Manifold gauges. They tell you the actual condition, the status, of the system. Whether it’s fully charged, under charged, whether it’s working the way it should be working. It can give you a quick diagnosis of how the system is doing. That one tool can give you the information you need, if you use it correctly.

Probably my mom, Fannie. She made me think and she made me be more responsible. She made sure I took responsibility for my own life. She would always say “If you make it or don’t make it, it’s up to you. But you have to pull yourself up by your own bootstraps”. She forced me to move forward.

I’d work on my car. Doing that gives me peace of mind. I have a 2000 BMW 740i and I’m always trying to tweak it, make it faster. It keeps me calm if the day was rough. Some people like to fish, I like to work on my car. The only kind of fishing I do is from the plate to my mouth! 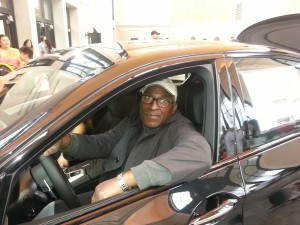 I love superheroes. My favorite guy is Superman. But I think I’d like to have the ability to know what you’re thinking. You encounter too many people who are not real. It’s easier to maneuver if I know where you’re coming from. If I know where you’re headed, I can help you get there faster… or I can maneuver around you and not engage you at all. And that’s not in the classroom, it’s people in general.