James Howard has been teaching at Tulsa Welding School – Jacksonville since August 2009. Born and raised in Jacksonville, James is a devoted husband, a proud father, and a passionate fisherman. He started his welding career as a welder’s helper in a New Orleans shipyard in the 1970s. 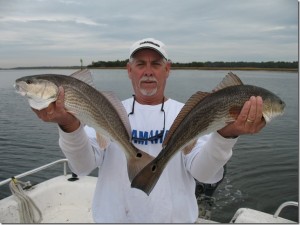 After nearly 40 years as a welder, do you still remember your first day?

I do. I’ll never forget that day, it was late August of 1976. It was totally amazing for me to find myself, as a young 18 year old kid miles from home, in a shipyard around all these huge structures.

It was just an opportunity that came up, so I packed my stuff up and left home. It was good pay at the time. I’d decided not to go to college so I took the college money and, of course, I blew through most of it. But I spent a couple of years in New Orleans learning how to weld, and then I came home.

New Orleans isn’t the best place in the world for an 18 year old with a little money in his pocket that’s for sure! But I wouldn’t trade any of those memories for nothing. I just thank God that we were working a lot of hours, so I didn’t have a lot of free time! It’s a special place!

Have you been in the industry ever since?

Pretty much. I took a little break for about four years. But even then I never got completely out of it. I have a very close friend who is in the inspection side of welding, which is something else I’ve dabbled with, so I still kept tabs on everything. But for several years I indulged my second passion, which is fishing. I ended up doing that full-time, working as an inshore fishing guide.

So how did you get into teaching?

After the fishing I got to a point where I needed to get back to work. I had several opportunities, but somebody told me TWS was looking for instructors. We’ve all mentored young welders over the years, but I was terrified at first, even though I’d been on the job for many years.

I was a little reluctant and nervous but I told myself I’d give it six months, because if you’re a welder with good skills there’s always somewhere to go make money. But here I am almost six years later. I fell in love with it. I discovered that teaching is in my blood, and I’m giving back to the industry that has given so much to me over the years. After a few months I felt I’d changed a few young lives, and the wonderful people I work with made the transition easy for me, so I decided I’d stay as long as they’d have me.

It certainly wasn’t a welder. I never really gave much thought to what I wanted to be. I always thought that whatever was going to happen would happen. As an older child all I wanted to do was surf and fish! 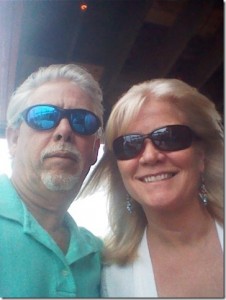 I went to the Super Bowl in Tampa Bay in 1984, that was pretty cool. The Los Angeles Raiders beat the Washington Redskins. Somebody offered me some tickets, and my buddies and I packed up a truck and went down there for a weekend. That was before you needed a mortgage to get Super Bowl tickets!

I don’t listen to music anywhere near as much as I used to, but I’m a little old school. In my younger days it was southern rock; local band Lynyrd Skynyrd was a big thing. I listen to a fairly decent mix now…Jeff Beck, Jethro Tull, Joe Satriani. My wife and I both really enjoy Christmas music! My favorite movie is The Boondock Saints. I’m really not much of a reader although I do enjoy sports magazines.

That would be my father. He passed away coming up on two years ago.

I’ve been married to Debra for 23 years, and we have a son Tyler who is 22. He’s a good kid, he’s going his own way I guess. He’ll figure it out, they all do. We’re dog lovers – always have been. We’ve just rescued another one so we now have three dogs, and a cat. They’re all family, and they’re all spoiled rotten!

I’m not someone who’d be bored in retirement, I’ll tell you that right now! My passion for being on the water is off the charts. Not just catching the fish, but it’s my getaway. Even now, working full time, I fish at least three times a week. I know this sounds crazy, but I still enjoy doing my own yard work too! I get a certain pleasure sitting out with my wife after the yard’s all done, looking nice. But if money was no object, I’d wake up each morning and say “What are we going to do today?” I’d like to travel a little too.

You can’t do this half way and expect to succeed. You’ve got to be all in. Be aware of the commitment. Be prepared to dedicate at least five hours a day, five days a week to the program. Seven months isn’t a long time in a young person’s life. But no matter what your skills, if you really apply yourself there’s place for welders of all different levels. Without mistakes, you’re not learning. There’s so many opportunities out there that if you’re ready to see it through, you can be successful. The industries that need welders are not going out of business. And when you get a job, show up on time and be ready to work.

Seeing the fruits of my labor. Being able to look back on all the things that I’ve helped build. Seeing things that you’ve worked on when they’re all painted and put in service is very satisfying for me.

My favorite tool would be a wire wheel. It’s an attachment that goes on your grinder. It’s the fastest, most efficient way to make your welds look beautiful.

If you were to tell one person “Thank You” for helping me become the person I am today, who would it be and what did they do?

That would definitely be my wife, and my son actually. They’ve helped me through some tough times and helped me get my head right, and realize what I have going for me.

I’d do one of two things. If the tide was right and the conditions were good, I’d hook the boat up and go fishing for a few hours. But if that wasn’t an option, I’d load up Marley, my Labrador, and take her to the dog park and let her go swimming for a couple of hours. 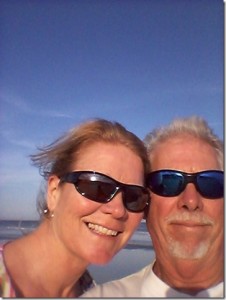 The super power of getting a completely clean bill of health. The power to be able to get out of bed in the morning with no aches and pains. That’s the trials and tribulations of getting older, you know what I’m saying!